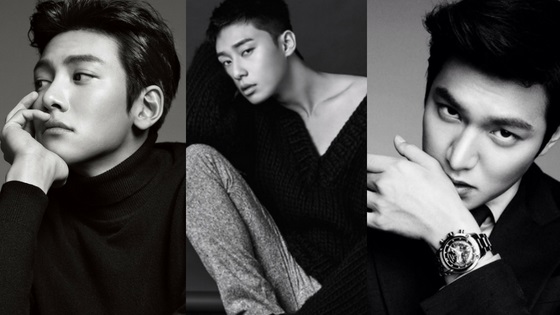 Before that explosion in fame and popularity, the actor had humble beginnings, he only debuted back in 2011, which is late in comparison to other Korean actors who are around the same age as him.


He was born in 1988, which means he has to enlist in the military soon right?

Not really, and this is why I am super happy and talking about this exceptional actor today.

Park Seo Joon is one of the very few Korean actors born in 1988 that have already completed their mandatory military service. The actor has in fact enlisted back in 2008 when he was 19 years old.

He was discharged in 2010 and officially debuted in 2011 through the music video of Bang Yong-guk’s single “I Remember.”

Park Seo Joon doesn’t have to worry about that. The actor enlisted so early because he had nothing else to do, according to what he said at an old interview. I am almost certain that he didn’t know it would benefit him so much later as his career.


While other fellow 19-86/87/88 actors fulfill their military service such as Lee Min Ho, Ji Chang Wook and Kim Soo Hyun, Park Seo Joon is riding the wave of popularity at the height of his career, nothing will slow him down.

This gives him an advantage ahead of the more established popular Korean actors around his age. He has nothing to worry about and has the luxury to plan out what he does for the next years without worrying about his pending military service.

The new mandatory military service laws are tougher to idols and actors since once you’ve been summoned the actor will no longer be able to delay that as they usually did.

Once discharged, Korean actors have to get up and running to snag a good comeback project to reassure their status. There is always that fear that they might never be able to restore their previous huge status.


Park Seo Joon will have to continue choosing great projects and doing his best, he will continue to be one the most well-known faces of the Hallyu wave.

The actor has recently placed second on the societal influence ranking of Weibo’s daily Hallyu influencers’ chart. The actor ranked the highest of all Korean actors, and just one spot behind BTS overall in this specific category.

Thank you to Seo Joon oppa, for serving the military. I am so happy that I won’t have to say goodbye to you any time soon!