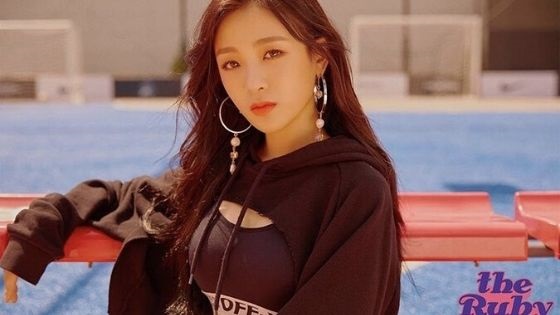 Kpop idol April Jinsol is gaining lots of attention for her most recent Instagram update.

On December 25 KST, April Jinsol posted this to her Instagram story:

“Whenever I wear a short or tight outfit I walk or dance slowly on purpose. I really hope videos of me online stop appearing like that.

Whenever my name pops up like that on real-time searches, I really hate it.”

April Jinsol was born in 2001 and only recently became 18 years old in international reckoning. Because of her post, fans have been discussing the subject of overly sexualizing underage idols, many bringing up instances where companies dress female idols in skinny shorts or outfits that expose parts of their bodies, not to mention the overly sexual suggestive dance moves some girl/boy idols must do.

This comes after another former Kpop idol, Sera, talked about how difficult it was for her group maknaes to dance to suggestive songs like that, she revealed they had a difficult time with the sexy concept.


April Jinsol is the youngest of her group; she debuted in 2015 when she was only 14 years old when she debuted.

K-netizens are furious with the people who continue to do this with April Jinsol performances, they’re also asking her agency to take action to protect her better.

What do you think of April Jinsol statement?

My favorite girl group debut track is Miss A “good girl, bad girl,” and I used to really enjoy the MV that was until it hit me that Suzy was only 15 years old when it came out. When I paid attention to the choreography, I became disgusted instead.

I can’t understand why people debut idols at the ages of 13 or 14 or 15, I can’t comprehend how they make them do suggestive dance moves and wear extremely short outfits whilst performing. There are many sick people out there.

I am personally against debuting any idol unless they’re at least 18 years old. Getting a young child into a contract at such a young age should be considered illegal. I also know what I say will fall on deaf ears; it’s just sad how manipulative the Kpop industry can be…